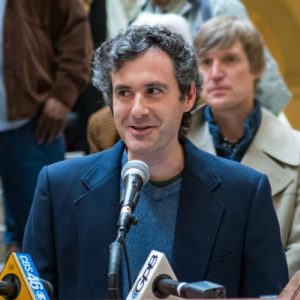 Athens Politics Nerd is an independent media organization keeping you up to date on local news and politics in the Athens, Georgia area with a focus on the mayor and commission. APN also presents info and opinion on progressive policy options for the state and federal governments as well.

APN is created by Chris Dowd, who grew up in Athens. He got involved in local politics during the Occupy movement of 2011-2012. Since then he has volunteered for a number of political campaigns and helped found Athens for Everyone, a local political organization.

APN is produced by Lauren Blais, who met Chris Dowd during the Occupy movement, collaborating on issues of The Athens Occupier.

You can support APN by becoming a member or by giving a one-time donation via PayPal.