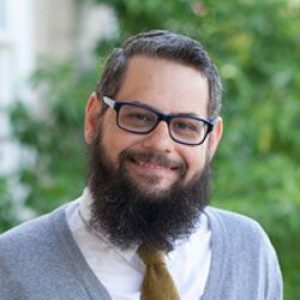 Tim Denson, member of the ACC Board of Education for District 5

Tim Denson represents Homewood Hills, Boulevard, Forest Heights and Moss Side neighborhoods in Athens, Georgia on the ACC Board of Education.

Denson is the former President and Organization Coordinator of Athens for Everyone, a progressive advocacy group, and had worked as a union organizer with the United Campus Workers of Georgia. Denson served as ACC Commissioner from District 5 from 2019 – 2022.

Transit Expansion and Zero-Fare Service: Commissioner Tim Denson has been championing zero-fare bus service since his run for mayor in 2014. It was finally implemented in 2021. As the President of Athens for Everyone, he successfully advocated for Sunday bus service and a route along US-29 (currently in service as route #30).

Criminal Justice Reform: After taking office, one of Denson’s first priorities was to pay inmates in the state prison for their labor (however, this has been blocked by the state government). He was instrumental in the end of cash bail for local ordinances, which happened in Athens in 2019. He also promised a citizen’s “criminal justice task force” during his 2018 campaign (something which is currently in development) and the decriminalization of cannabis, which is being blocked by ACC Solicitor General C. R. Chisholm.

Fighting Poverty: During his 2018 campaign, Denson pledged to “ensure that every Athenian has access to high quality, affordable child care.” He was also a vocal supporter of the Prosperity Package in the FY 2020 county budget. The prosperity package ended up being used primarily for relief funding during the COVID-19 pandemic. While Denson has continued to advocate for affordable childcare, progress has been slow.

Civil Rights: As a citizen advocate, Denson was highly involved in the push for a civil rights committee. This effort finally succeeded in 2021. He also advocated for comprehensive civil rights legislation for years and by 2021 he was successful. In 2019, Denson was the primary author of a resolution supporting the Latinx community.

Denson was also on Tim Bryant’s radio show in March to talk about his run for school board.