National EMS, a for-profit ambulance company, appears to have presented their emergency response times to a Winterville family’s home in a way which ignores the perspective of the patient and is inconsistent with their outsourcing agreement. This resulted in times being reported to the EMS Oversight Committee and the ACC Mayor and Commission that are minutes shorter than they would be otherwise.

Winterville resident John Cooper has a regular need for timely ambulance responses, without which his son’s life would be in danger. James, Cooper’s special-needs son, has epilepsy and suffers from seizures which are sometimes so severe that he stops breathing.

On July 9, 2019, Cooper pleaded with the commission by email that they do something to address some late emergency responses to his home. “James’ seizures present an extraordinary danger which requires immediate medical intervention beyond which can be given in our home. National EMS has responded to almost all of our calls within an unreasonable time period,” Cooper wrote.

Later that day, commissioners heard a presentation about National EMS given by Dee Burkett, Executive Director of Patient Services for Piedmont-Athens Regional and chairman of the EMS Oversight committee. Burkett defended National EMS during his presentation, fielding and answering most of the commission’s questions. These questions covered a range of topics and included several specific examples of slow ambulance response times as well as a lack of transparency surrounding the company generally.

After being questioned by Commissioner Patrick Davenport, Burkett seemed to refer to Cooper’s email. He reassured Davenport that National EMS double-checked their response times to Cooper’s home, finding that they were well within acceptable standards.

“The last three response times from dispatch to on-scene [emphasis added] were six, nine and six minutes. It can seem like an eternity if you’re calling 911. Minutes can change character on you when you’re trying to get an ambulance to your place,” Burkett said.

How should we measure response times?

Cooper told APN that he was “infuriated” by Burkett’s answer. “At no point, on any call, could any conceivable case be made that someone came in six minutes. That’s absurd.”

While admitting that he’s “not sitting there with a stopwatch,” Cooper says he keeps a log of his 911 calls including the time of the call and the time the ambulance arrives on scene. He insists that most of National’s response times are in the 15-20 minute range, not the 6-9 minute range that Burkett claimed. He says that National EMS is “obfuscating” their real response times.

APN obtained a copy of an email that National EMS sent to the EMS Oversight Committee which included the times of five different EMS responses to Cooper’s home in 2018 and 2019. These response times ranged from six to twelve minutes, averaging out to 8.4 minutes.

If taken at face-value, the times are good considering that Winterville is somewhat distant from Athens’ city center (although National has an ambulance station only a few miles away). National’s outsourcing agreement with Piedmont-Athens Regional and Saint Mary’s hospitals gives up to 12 minutes and 59 seconds to respond in rural areas, so all of these calls would seem to fit under that standard — if we assume Winterville is rural.

Public safety advocates Sam Rafal and Bob Gadd have criticized National EMS and the EMS Oversight Committee for claiming that Winterville’s population is low enough to justify the rural standard. They insist that the more stringent urban standard of under nine minutes should apply instead. The oversight committee uses the U.S. Census Bureau’s definition of rural (under 2,500 people) and urban, and Winterville does count as rural, according to that definition. Rafal and Gadd say that the census definition was not intended to be used for this purpose. The Census Bureau also classifies Athens-Clarke as an entirely urban county, and so do the Centers for Medicare and Medicaid Services.

Another key point to consider is the time when National EMS started the clock, so to speak, on their response times. Burkett says the clock was started “from dispatch” on these calls, and the email National sent to the oversight committee repeats this phrasing, using “unit dispatched” as the start time.

Are they waiting until the ambulance is in motion before they start their clock?

As reported in the Journal of Emergency Medical Services, there isn’t a national, binding standard around response times, and different agencies frequently use different starting points.

“Many private and public agencies report only the times under their direct control as their response time, often excluding dispatch and mobilization time. Others report only travel time,” writes Jay Fitch, the author of the Emergency Medical Services article. In his opinion, “the only correct way to measure a response time is from the patient’s perspective,” starting when the 911 call is first answered.

In their outsourcing agreement, National EMS is given a bit more leeway than they would have under Fitch’s strict definition. In the agreement, “response time” is defined as “beginning with National’s initial receipt of an emergency ambulance call … and ending when the ambulance arrives at the location.”

In Athens, 911 callers who request an ambulance have to report their emergency twice, once to the ACC 911 center and a second time to National EMS after being transferred. Starting the clock when National receives the call would add about 30 to 50 seconds to the response time from the patient’s perspective in most cases, according to data from the ACC 911 center.

Still, this is an understandable adjustment. National EMS surely should not be held accountable for an emergency call until they are made aware of it. Even so, there is a further delay between the time when National EMS picks up the phone and the time they are able to dispatch an ambulance. It appears from their outsourcing agreement that they should be held accountable for this time.

There is no mention of the “unit dispatched” timepoint in the definition of response time used in the outsourcing agreement. Using such a time would also not be consistent with the patient’s perspective on how long it takes for an ambulance to arrive.

Burkett did not make this clear to the mayor and commission at the 2019 work session and instead attempted to paint Cooper as an unreliable witness.

How would changing the definition change National’s response times to Winterville?

Using three different definitions, we get three different response times that could have been reported to the EMS Oversight committee and to the mayor and commission. While being only minutes apart, the differences are enough to dramatically change National EMS’s record of adherence to response time standards.

Is this how National EMS calculates all of their response times?

If so, the response time data they gave to the mayor and commission at the 2019 work session would have to be adjusted — possibly by as many as three or four minutes — to be true to the patients’ perspective.

Don Cargile, Community Relations Director for National EMS, told APN that National EMS starts the clock “once we have a location and a nature of the call,” seeming to indicate that they generally start the clock sometime after they pick up the phone, but not immediately. However, he asserted that they are following the definition as listed in their outsourcing agreement, but that their starting point is “sometimes … the same time that the unit is dispatched.” This could happen, for example, if the ambulance unit was already in motion at the time of the call.

The ACC Police Department has been requesting a consolidation of the ACC 911 center with National EMS’s dispatching center for years, and the commission finally agreed to this request in 2020. It may take a few years to bring full public control to 911 dispatching, but once the consolidation is finished, response times will presumably begin when 911 calls are first received.

“I don’t understand why National is so secretive about their response times,” Cooper said. “They are a private business. They need to be held accountable.”

While being critical of National’s response times, Cooper was clear that overall he values the quality of their work. “National does a fine job once they arrive. The big issue is that it takes them too long to get here. I’m thankful for what they’re doing, but I want them to improve.”

A note on dataset synchronization

As noted, the timepoints used in the table above are from two different datasets: one from the ACC 911 center and the other from National EMS. This was made necessary due to the secrecy which National EMS maintains regarding their raw response time data. However, it poses a potential problem in interpretation.

I feel comfortable neglecting this issue in the main article for three reasons.

First, a synchronization error is likely to be small (perhaps vanishingly small) and is equally likely to increase rather than decrease the apparent discrepancy in response times. Second, National EMS provided APN with the definition of “response time” they use, and this definition explains the gap between the datasets to my satisfaction.

Finally, on March 9, 2019, Cooper actually called a second time for the same emergency, giving us a new timepoint on the same clock. This second call was ten minutes and 21 seconds after the first call, according to the ACC 911 center. National EMS claimed a nine minute response time for the call, but we know that is impossible from a patient-centered perspective using data entirely within one dataset.

Even so, I can’t completely rule out the existence of a small synchronization error between the purple and red columns in the table above without seeing the raw response time data. 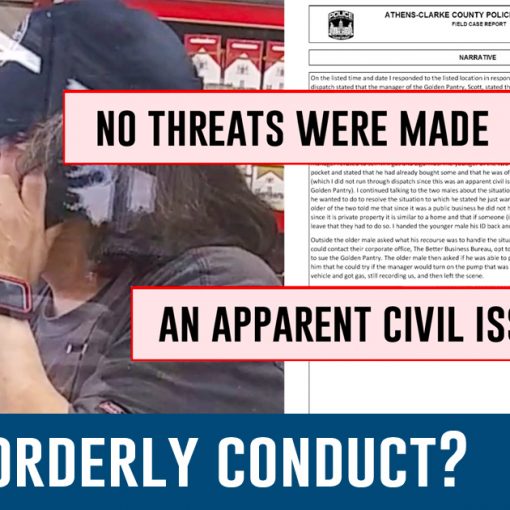 Knowa Johnson, co-founder of the Athens Anti-Discrimination Movement and candidate for commission in District 10, was booted from the Golden Pantry on 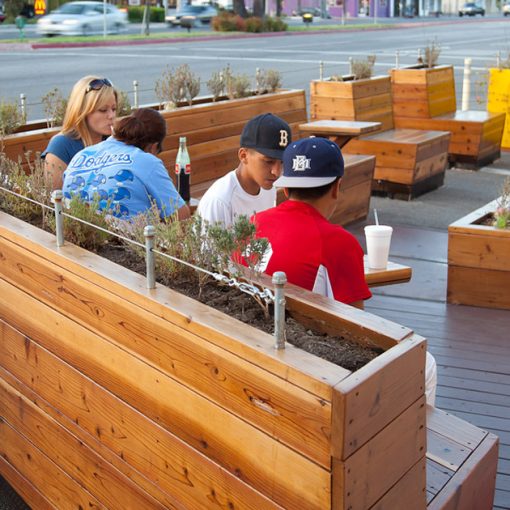 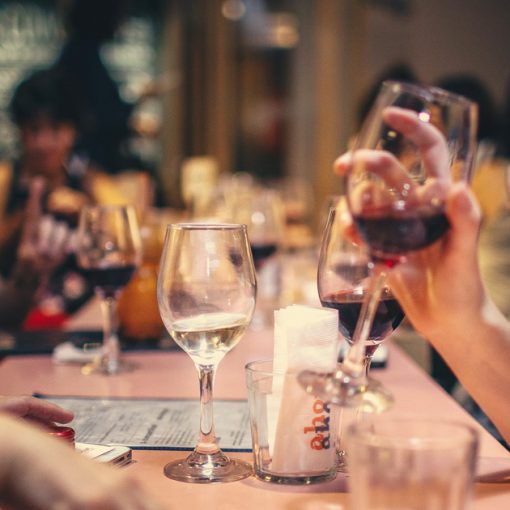 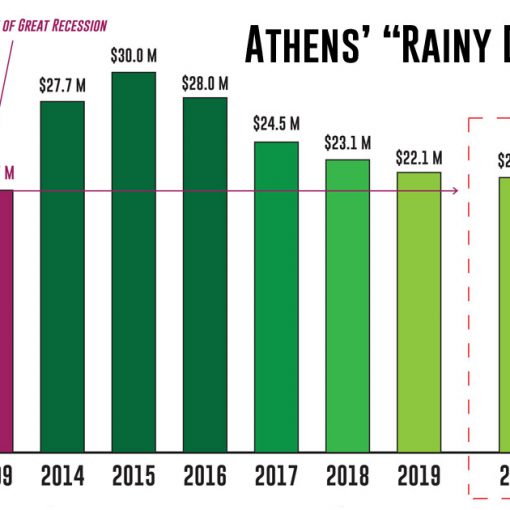