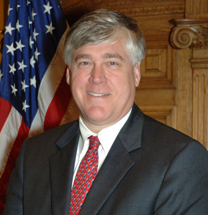 Opposition to Internal Sexual Harassment Investigations: Senator Cowsert was an vocal supporter of efforts to limit internal investigations in the Georgia Senate on accusations of sexual harassment. The new rules were passed at the beginning of the 2019 session but were mostly reversed at the very end of the same session.

Opposition to Abortion: Senator Cowsert is pro-life and was supporter of HB 481, the so-called “heartbeat” anti-abortion bill.

Bill Cowsert was the majority leader in the state senate from 2014-2018 and has been involved in the crafting of a number of important pieces of legislation.