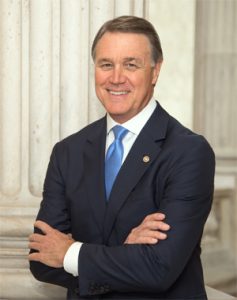 Support for Donald Trump and other “Outsiders”: David Perdue believes that Trump’s economic policies helped the American economy. He believes that the best politicians are businessmen, like himself, who come from outside Washington.

Support for Small Government / Big Business: During his 2020 campaign, Perdue claimed to support tax cuts for businesses paid for by enormous cuts to government spending.

According to Open Secrets, Perdue’s top contributors were the Club for Growth, Home Depot and Delta Airlines. His donors’ top industries are “retired,” securities, finance and real estate.