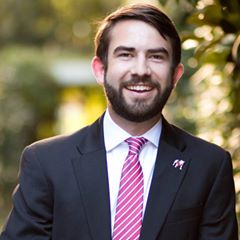 Shrinking the Size of Government: Houston Gaines supports tax breaks combined with deep cuts to social programs. During his 2018 campaign, his website stated that “more than anything, Houston’s goal is to shrink government.”

Medicaid Work Requirements: During the 2018 campaign, Houston Gaines’ website stated that “Houston is joining Republicans … to bolster work requirement programs as part of a conservative framework for … Medicaid.”

Opposition to Immigration: Gaines’ website states that he has a goal of “defunding sanctuary cities,” presumably including one of the very cities he represents, Athens. He also has a goal of “deporting violent criminal illegal aliens.”

A robo-call push-poll was sent to voters in district 117 that apparently included false claims about Houston’s 2020 opponent, Mokah Jasmine-Johnson. The call told voters that Jasmine-Johnson served time behind bars for a felony but that she “convinced a judge to remove it from her record to cover it all up,” as reported in Flagpole. Houston denies that his campaign sent out false information to voters.