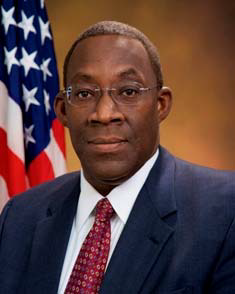 Candidate for US Senate

Ed Tarver (D) is a former US prosecutor running for US Senate in 2020.

Expanding access to healthcare — Although one of Tarver’s main priorities, he has not described in detail how he would accomplish this.

Independent prosecutors for accusations of police wrongdoing — As a prosecutor, Tarver understands that the close relationship between police and District Attorneys’ offices makes it difficult for them to investigate police misconduct appropriately.

Tarver was a Georgia State Senator from 2005 to 2009. He also served as US Attorney for the Southern District of Georgia from 2009 to 2017, the first African-American ever to hold that position.

See other candidates in this race and others in the Athens, Georgia area.